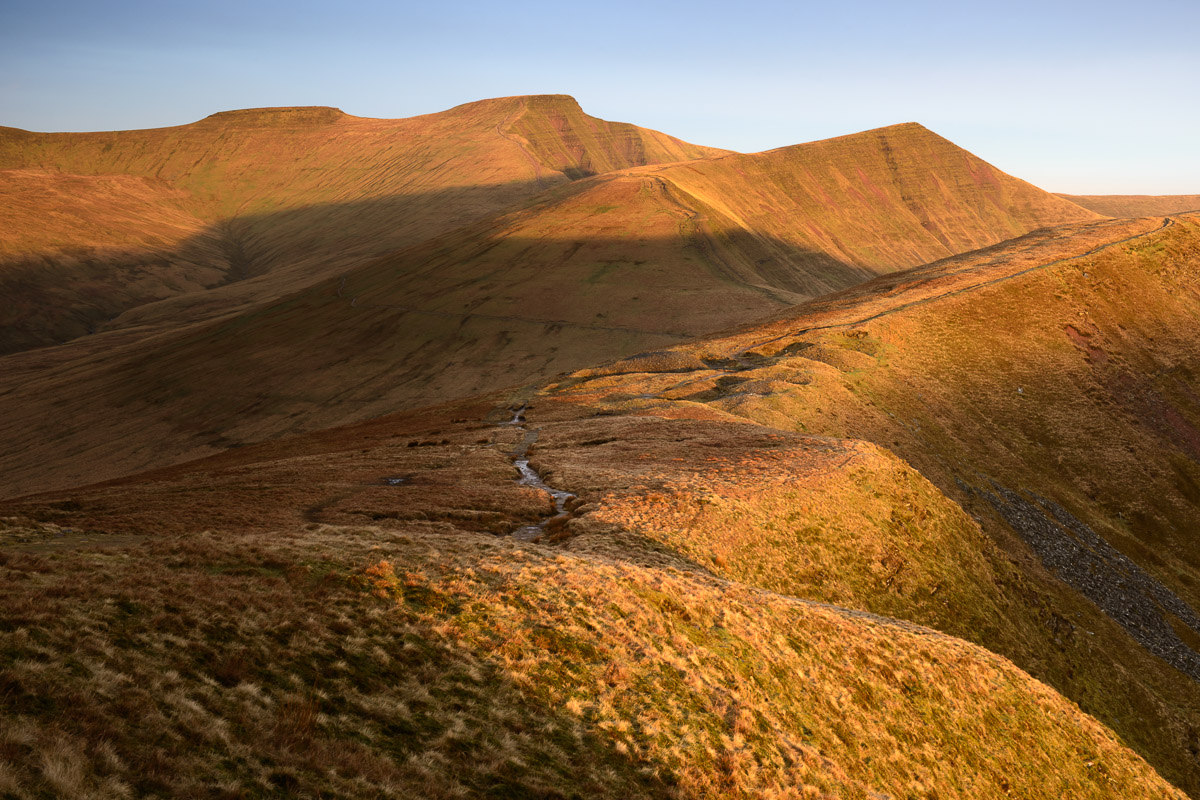 It was a race against the clock to get this photo with the peaks of Corn Du, Pen Y Fan and Cribyn lit by the morning sun. I had set out early to make it to the top of the peaks in time for sunrise but I hadn't allowed enough time. Consequently I was still walking as the sun broke over the horizon. Normally this wouldn't have been a problem but the sun was shining through a narrow break between the horizon and low cloud. Five minutes after taking this photo the sun disappeared behind the cloud and the scene lost its warm orange glow.

Back to pictures of Hills, Moors and Lakes