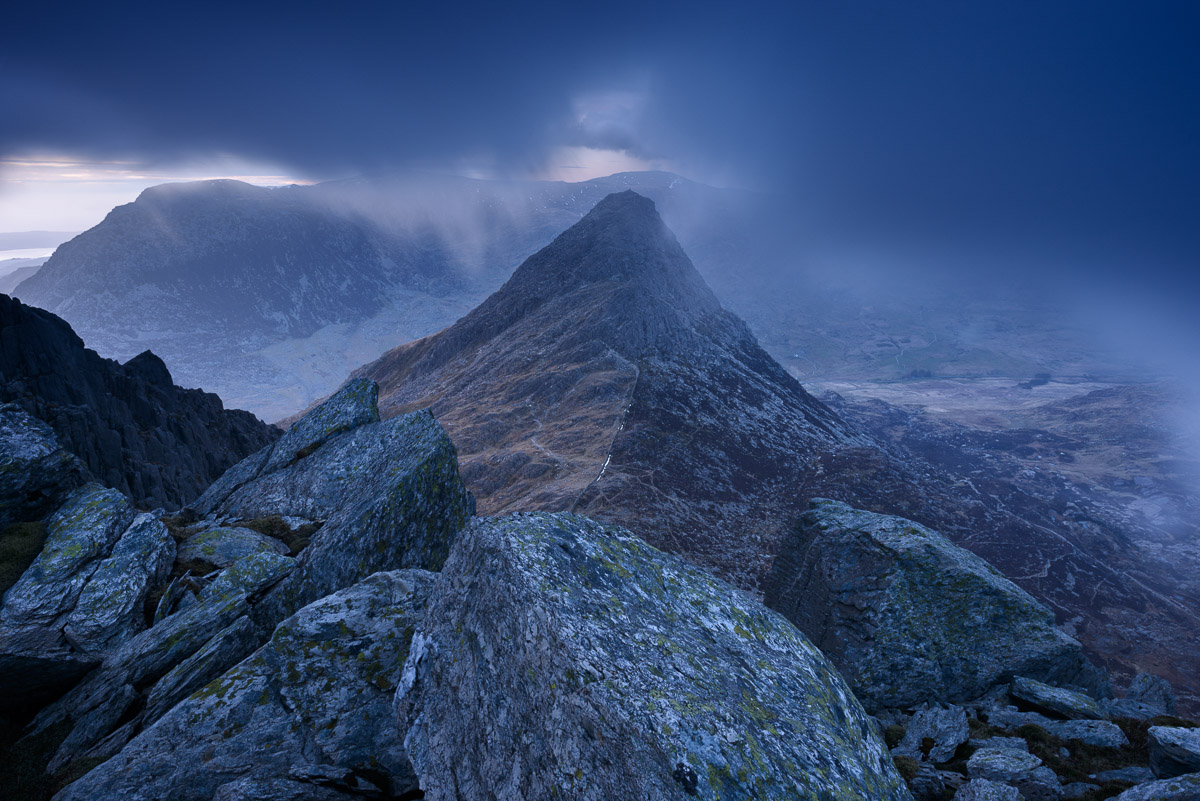 Thinking that my evening's photography was over, I carefully descended from the top of Glyder Fach as clouds rolled overhead, covering much of the surrounding landscape. The view of Tryfan was mostly blocked by clouds but for a moment it was revealed again. It appeared, bathed in a purple glow from the sunset, and made such an atmospheric sight. That glimpse lasted seconds and I was far from ready to capture it so I rushed over to frame this composition which I'd found earlier in the day. I hoped that Tryfan would be revealed again and thankfully it was, albeit fleetingly.

Back to pictures of Hills, Moors and Lakes